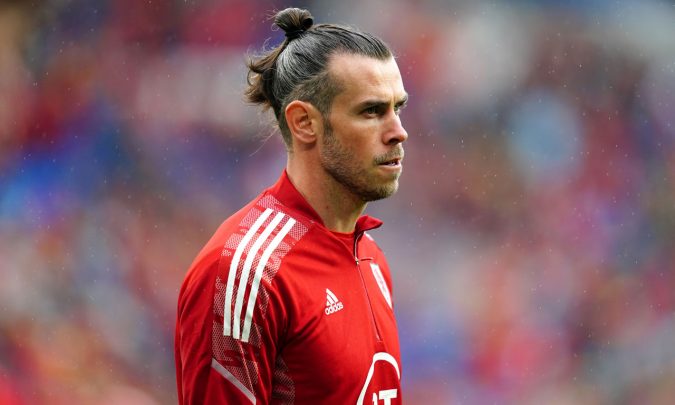 The five-time Champions League winner was in need of somewhere to play with his country going to their first World Cup in 64 years in November and had been linked with a move to hometown club Cardiff.

Here we look at why he has chosen Major League Soccer rather than the Championship.

So what made Gareth Bale, who has spent eight of the last nine years living in Madrid, choose west coast America over his Wales homeland?

On face value, Los Angeles has a winter average of six hours of sunshine and a temperature of 20 degrees. Perfect golfing weather! Cardiff’s average is eight degrees and three hours.

But surely it cannot have come down to the climate?

Well, no. While a return to his homeland was the romantic option, it did not seem particularly practical. Yes, Cardiff share a training facility with the Football Association of Wales but that is where the convenience ends.

Bale played seven club matches last season, due to fitness and selection issues, and the prospect of him facing a 46-game Championship campaign through the depths of winter – a month of the Qatar World Cup aside – seems fanciful.

The MLS season is 34 matches, arguably at a lower intensity and frequency. Why does Los Angeles FC make sense then?

Bale will join halfway through a season which ends in October, more than a month before the World Cup.

As a result the forward, 33 next month, will have much lower expectations on him than had he rocked up at Cardiff and due to the adjustment required with a new team Bale should have chance to ease himself in.

Having a short break immediately before the World Cup, rather than playing right up to nine days before the tournament starts, should also benefit the player and Wales in terms of recovery.

But can he be competitive?

Bale will arrive at a club who are top of the Western Conference and with nine wins and just three defeats LAFC currently have the best record of any team in the MLS.

How he will fit into an already successful team remains to be seen but there is not likely to be an easy ride for the Welshman if he wants genuinely useful playing time.

But there is an opportunity for him as the team’s leading scorer Carlos Vela has just six in 14 matches and their top assist providers – Vela, Jose Cifuentes and Diego Palacios – all have only three apiece.

What pedigree will Bale bring to LAFC?

A look at Gareth Bale’s career goalscoring record shows just why he is so important for his country and what Los Angeles are getting.

Beginning his career with Southampton in the Championship, Bale earned a move to Premier League side Tottenham in 2007 and established himself as a world-class talent.

He scored five goals in 45 Saints appearances despite operating primarily as a left-back, the position in which he also began his Spurs career before moving forward to the wing and eventually into the forward line.

After notching only six goals in his first three seasons in north London, he hit double figures in the next two and then 26, including 21 in the Premier League, in a career-best 2012-13 campaign before leaving for Real Madrid with a record of 56 goals in 203 games for Tottenham.

He of course returned to Spurs on loan for the majority of the 2020-21 season, producing spells of his old form as he scored 11 league goals and 16 in 34 games in all competitions. Firmly established as an elite attacking talent by the time of his move to Spain, Bale hit double figures in LaLiga in four of his first five seasons before falling out of favour.

His 21 in all competitions in 2017-18 represents that last time he passed 20 goals in a season, with just 11 league goals for Real after that point – and the same again during his temporary Spurs return.

He did reach 14 in all competitions in 2018-19, 14 including a Club World Cup hat-trick against Kashima Antlers, but just three and one in his final two Real seasons.

His 106 goals for the club featured three in Champions League finals, including a memorable brace against Liverpool in 2018.

Bale is his country’s captain, talisman and record goalscorer, passing Ian Rush’s previous Wales record of 28 with a hat-trick against China in March 2018.

He made his debut aged 16 in 2006 and was their youngest ever player at the time, a record since broken by Harry Wilson, and his longevity sees him trail only Chris Gunter’s 109 caps in the all-time list.

His first goal came against Slovakia as a 17-year-old and he has scored prolifically in qualifying campaigns for successive major tournaments, most notably Euro 2016 where he got seven in the preliminary campaign and three more at the finals – Wales’ first major tournament since 1958.

A hat-trick against Belarus and a play-off brace against Austria were instrumental in ending Wales’ 64-year wait for a World Cup appearance, even if he was not credited with the Andriy Yarmolenko own goal which ultimately saw them past Ukraine and into November’s tournament in Qatar.