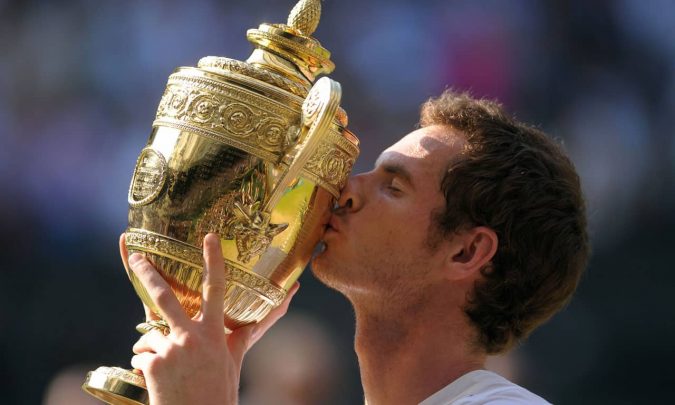 Andy Murray has been forced to pull out of this week’s cinch Championships at Queen’s Club due to injury, prompting fears he will also miss Wimbledon.

The nation will again hope to get behind the three-time grand slam champion at the All England Club but regardless of whether he is fit to compete, Murray will always be remembered above all as the man who ended a 77-year wait for a British men’s singles champion at Wimbledon.

Here we look back at an unforgettable two weeks in SW19 when Murray won Wimbledon in 2013.

From tears to glory

The tournament lasted a fortnight but Murray’s journey to the trophy began a year earlier in 2012 when he made it to the final for the first time only to lose to Roger Federer.

The tears he shed on Centre Court made the country see him in a new light and Murray gained revenge weeks later by winning Olympic gold on the same court with a thumping victory over the great Swiss before breaking his grand slam duck at the US Open. Murray began the year with his third defeat in an Australian Open final, to Novak Djokovic.

He won the big Masters title in Miami after a gruelling battle with David Ferrer to climb to world number two but struggled during the clay-court swing and pulled out of the French Open citing a back injury.

He returned on the grass at Queen’s Club, winning the title for a third time, and went into Wimbledon as the second seed.

Murray cruised through a dramatic first week. The Scot did not drop a set in victories over Benjamin Becker, Lu Yen-hsun and Tommy Robredo as big names fell around him.

Rafael Nadal lost in the first round of a grand slam for the first time against Steve Darcis while Roger Federer’s run of 36 consecutive slam quarter-finals was ended by Sergiy Stakhovsky in the second round in one of the great shocks.

A number of players were forced out through injury after falling, leading to much discussion about the condition of the courts.

Murray eased to another straight-sets win over Mikhail Youzhny in the fourth round but his campaign very nearly ended in the quarter-finals against talented Spaniard Fernando Verdasco.

“It was tough,” said the Scot. “The second set was a bad set of tennis for me. I was 3-1 up and then made some bad mistakes. I turned it round really well after that.” The carnage of the first week meant Murray found himself facing an unexpected opponent in the last four in Jerzy Janowicz.

It was a grand slam breakthrough for the tall Pole, who won a first-set tie-break in impressive fashion before Murray turned things around to take a two-sets-to-one lead.

The match had not begun until the evening because of a titanic first semi-final between Djokovic and Juan Martin Del Potro, and Murray was furious at the roof being deployed for the fourth set, but he finished off the job well.

Murray found himself facing his great foe Djokovic once again. The Serbian was seeded number one and a seven-time grand slam champion but the feeling was that this was Murray’s moment and he seized it to win 6-4 7-5 6-4.

The home favourite, who was roared on by a patriotic crowd, was the better player throughout but this was far from a straightforward straight-sets win.

It boiled down to the tensest of final games, lasting 10 minutes, where Murray eventually clinched victory on his fourth match point when Djokovic netted a backhand. He also guided Britain to the Davis Cup title and finished 2016 as world number one.

Serious hip problems have blighted him in recent years and his best days are surely behind him but British tennis fans will always look back fondly on the time Murray won Wimbledon.