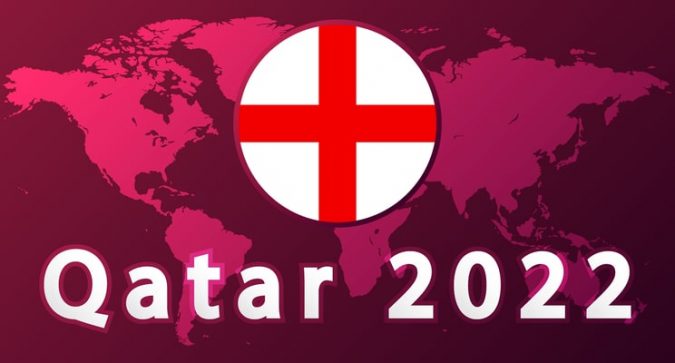 In 1966 England won their first World Cup, and in 2022, some 56 years later, coach Gareth Southgate will be looking to end a very prolonged period of drought. Talk of the Three Lions winning the showpiece event of world football occurs every time they qualify for the finals, but in 2018 they did prove that such a triumph isn’t impossible.

In Russia, the England team showed great tenacity and determination in their run to the World Cup semi-finals, only to come unstuck against Croatia. They followed up that success in 2018 with an impressive run to the European Championship final in 2021 (in the delayed tournament).

Southgate, as with most of his predecessors, has a raft of talent at his disposal, but unlike many of the national team coaches that came before, the former Middlesbrough boss has managed to solidify the individual abilities of his squad into a cohesive unit.

Now almost six years since taking over from Sam Allardyce, who was only in charge of the national team for a single match, Southgate will look to push on and take a crack at finally securing another World Cup triumph. It’s a possibility that is well worth considering when making any hopeful World Cup bets.

Within his current crop of international talents, there are a number of young stars who could make a big impact on the world stage in Qatar, with the three players below capable of doing just that.

The Borussia Dortmund man is already an established talent in both club and international football, and therefore it’s easy to forget that the former Birmingham City midfielder is still just 19 years of age.

Bellingham has become a crucial part of the set-up at the Westfalenstadion and has already made 90 appearances for the German giants in his two seasons at the club. He has amassed 15 international caps and is likely to be a starter in Qatar and has the free-flowing talent to act as a combative presence in the middle of the park, whoever the opposition.

There is talk of a possible move to Liverpool this summer, and that may well be a smart option to consider as the youngster looks to build on his potential and, frankly, at Borussia Dortmund, at present at least, that is easier to achieve at Anfield.

The 20-year-old missed a spot-kick in the European Championship final against Italy and came in for abuse from a small group of idiots and bigots, but he was well supported by team-mates and supporters who threw their collective arms around the young Arsenal attacker.

He subsequently became a key part of Mikel Arteta’s plan last season, making 36 Premier League starts and finishing the campaign as Arsenal’s leading goalscorer with 12 goals in all competitions.

His trickery and guile from out wide made him a nightmare for defenders, and he has the ability to make things happen. Now another year older and more mature, Saka could be vital to England’s chances in Qatar and deserves to be a regular starter under Southgate.

Still only 22, it’s incredible to note that the upcoming season will be Foden’s sixth in the Premier League. Every year, he shows just how much potential he has to offer both for the national team and for Pep Guardiola’s Man City side.

The adaptable forward is best played in a wide role but is able to play across the park and has a great footballing brain and has the tricks to unlock defences, and has a tireless work ethic.

Foden has already racked up 169 appearances for Man City, with 45 goals to his name, and even though Guardiola has an embarrassment of riches when it comes to attacking options in his Etihad Stadium squad, the local-born star is still a regular on the Spaniard’s team-sheet.

Gareth Southgate will have something of a nightmare trying to name his squad for the 2022 World Cup finals, albeit the size of the squads allowed at the tournament has risen from 23 to 26, and a number of great players may not make it on the plane to Qatar.

It would be advantageous for Southgate to take the calculated gamble of bringing in in-form young stars over more established players when he makes his final selections. As well as the three names above, he should also look to make room for the likes of Crystal Palace defender Marc Guehl, Chelsea’s Reece James and Conor Gallagher, as well as considering Arsenal’s Emile Smith Rowe and under-performing Man United attacker Jadon Sancho.

The energy that young players can bring to the tournament could be key, and adopting a good mix of youth and experience may be the best way to balance Southgate’s squad as they seek to end the long-running trophy drought.