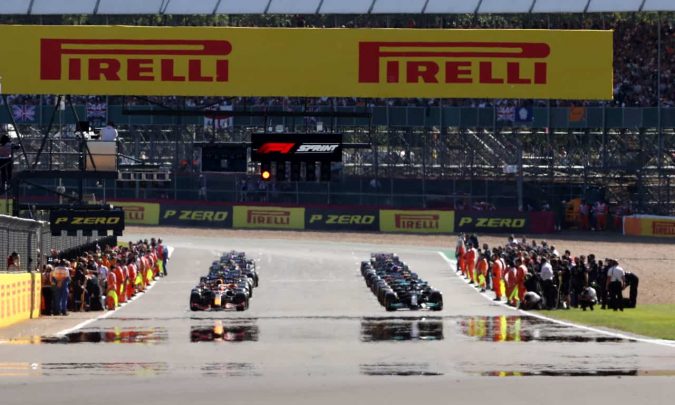 The British Grand Prix takes place this weekend and most of the attention will be on Lewis Hamilton in terms of the Silverstone spectators looking to cheer a home win.

There is a growing sense though that he may no longer be the pick of the British Formula One drivers, with George Russell enjoying a better record of beating his team-mate than any other driver to have started at least 50 races in the last 40 years.

Russell, who is outperforming Hamilton at Mercedes so far in 2022, has finished ahead of his team-mate in 49 of his 69 Grands Prix since making his debut in 2019 and is 5/6 in the British Grand Prix odds to do so again on Sunday.

His success rate of 71 per cent is better than all of the leading Formula One drivers going back to the early 1980s, when constructors were first limited to a maximum of two cars.

Current world champion Max Verstappen is next on the list, having finished ahead of his team-mate in 97 of his 150 races to date (65 per cent), ahead of Fernando Alonso (65 per cent), Michael Schumacher (63 per cent) and Hamilton (61 per cent). While much of Russell’s early success came towards the back of the grid, when he was outperforming Robert Kubica and Nicholas Latifi at Williams, his performances against Hamilton bode well for title challenges in future.

The 24-year-old Briton has beaten seven-time world champion Hamilton in seven out of nine races in 2022, finishing in the top five on each occasion.

Russell leads his compatriot by 34 points in the championship, which is the largest cushion that a team-mate has ever enjoyed over Hamilton heading into the British Grand Prix.

This is all the more impressive given Hamilton’s overall record against his team-mates, who include three former world champions in Alonso, Jenson Button and Nico Rosberg (pictured below). Hamilton has come out on top 182 times in 297 Grands Prix, with his tally of race wins and pole positions (both 103) around double that of his team-mates – 45 and 52 respectively.

Among former team-mates, only Alonso has a winning record over Hamilton when driving the same car, in what was the Briton’s debut season in F1.

Alonso – a two-time defending champion at the time – beat Hamilton in 10 out of 17 races when they were both at McLaren in 2007. Despite this, the two ended the campaign level on 109 points, both missing out on the title by a single point to Ferrari’s Kimi Raikkonen.

If Russell were to sustain his form and finish above Hamilton in the championship, he would be only the third of all Formula One drivers to achieve the feat, after Button in 2011 and Rosberg in 2016.

Is it better to have one dominant driver or two evenly matched team-mates?

Hamilton is used to having things his own way, having dominated his previous partnership with Valtteri Bottas – the most successful of all-time in terms of race wins.

Hamilton won 50 of their combined 60 Grand Prix victories between 2017 and 2021, which is two more than the 58 managed by Schumacher and Rubens Barrichello during their six-year spell as team-mates at Ferrari. The longest-lasting partnerships tend to be one-sided, with a number-one and a number-two driver.

Hamilton and Bottas raced 100 times as team-mates, with the Briton winning five times as many races as the Finn.

Hamilton has often hailed Bottas as his greatest team-mate, having collected four world championship trophies in their time together.

Similarly, Schumacher and Barrichello raced together on 104 occasions, with the German accumulating 49 Grand Prix wins to Barrichello’s nine, as well as five world titles.

Among other enduring duos, Mika Hakkinen won twice as many races as David Coulthard in their 99 starts together at McLaren, while Sebastian Vettel dominated his 94-race partnership with Mark Webber at Red Bull.

Although this kind of pairing lasts the longest, it is not necessarily the most successful. The early signs at Mercedes in 2022 suggest that Hamilton and Russell are racing on equal terms, which is more comparable with Bottas’ predecessor Rosberg.

Hamilton and Rosberg shared 54 wins between 2013 and 2016, but close competition and on-track incidents led to their relationship becoming strained.

Their partnership was far more evenly matched than that with Bottas, with the German earning 22 race wins to Hamilton’s 32 and even managing to snatch a world title in 2016. The feuds between the two were reminiscent of Ayrton Senna and Alain Prost at McLaren in the late 80s, which is the greatest pairing of Formula One drivers of all-time according to win percentage.

Senna and Prost won 25 races out of 32 (78 per cent) during two seasons together, with each collecting a world title and Senna edging Prost 14-11 on Grand Prix victories.

Despite their success, the relationship turned toxic and Prost left for Ferrari in 1990.

View the latest Formula One odds

All odds and market correct at date of publication