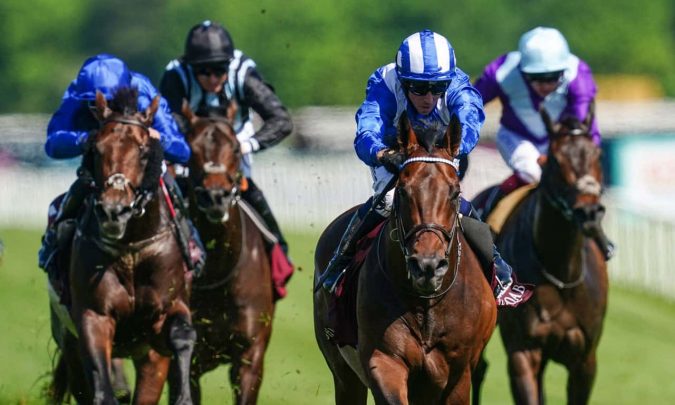 A mouthwatering renewal of the Qatar Sussex Stakes remains on the cards on Wednesday after Baaeed, Coroebus and Alcohol Free all stood their ground for the Goodwood showpiece.

Baaeed is Coral’s clear favourite at 1/3 and needs little introduction after recording his fourth Group One triumph in a row with victory in the Queen Anne Stakes at Royal Ascot, with the mount of Jim Crowley having returned to action this season in the Lockinge Stakes at Newbury.

Set to lead the opposition to the William Haggas-trained superstar is 3/1 shot Coroebus, winner of the Qipco 2000 Guineas and St James’s Palace Stakes for Charlie Appleby, who has also left in French Guineas hero Modern Games (33/1).

Like Appleby, Haggas has another contender in the shape of Sacred (33/1), who was beaten just a length in the Platinum Jubilee at the Royal meeting.

Adding to the mix is Andrew Balding’s Alcohol Free (12/1), who won this race last year and showed her versatility in taking the July Cup earlier this month.

Chindit (33/1) represents Richard Hannon and Aidan O’Brien is set to saddle Order Of Australia (14/1), who was third to Baaeed at Ascot and has won in Group Two company at the Curragh since then.

Angel Bleu is the 50/1 outsider but is a dual Group One winner, with connections of the Ralph Beckett-trained three-year-old hoping for a drop of rain.

Jamie McCalmont, bloodstock agent and racing manager to owner Marc Chan, said: “We’ve decided to leave him in and we’d prefer some rain but these horses have got to run.

“It’s not like in other countries where they race 12 months of the year. We’ve got an eight-month season here, so we’ll see what happens.

“It’s been a very frustrating season for him but his two-year-old form has worked out well and the Greenham (third to Perfect Power) was hardly a bad race.”