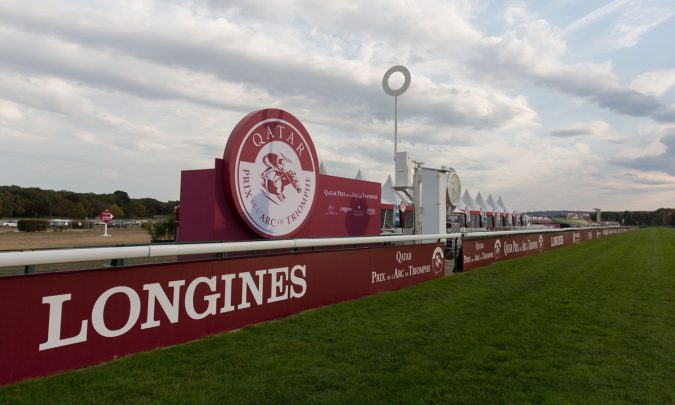 Japanese-based horse Titleholder is the new favourite in Coral’s Prix de l’Arc de Triomphe betting at 5/1 after it was announced that Derby winner Desert Crown is unlikely to race again this season.

Sir Michael Stoute worked wonders in getting the Nathaniel colt to peak in time for the premier Classic, having had just one juvenile run before returning to action in the Dante Stakes. But in preparing for the King George VI And Queen Elizabeth Stakes last month he met with a setback.

While connections are keen to stress it is not serious, the fact that August has arrived and Desert Crown is not in full training, a tilt at either the Prix de l’Arc de Triomphe or the Champion Stakes now looks remote.

“We were hoping to get him back for the backend, for the Arc or the Champion Stakes, but that’s in Sir Michael’s hands, it depends how things go.

“I must stress it is a minor injury. The difficulty is would he have time to prepare him which probably is doubtful.

“I’m 100 per cent confident he will definitely be back next year. I don’t know what the programme is, but I know Saeed would like to take him to Dubai for the Sheema Classic – that would be up to Saeed and Sir Michael.

“The trouble with the Sheema Classic is while it has a lot of kudos over there, you miss so many early-season races as you have to give them a good break after it – which is OK if you win. Saeed is looking towards Dubai and I’m pretty confident he’ll get there.”

French Derby and Coral-Eclipse winner Vadeni is now second best in the Prix de l’Arc de Triomphe betting at 7/1, Alpinista is 8/1, while last year’s winner Torquator Tasso is 8/1 to defend his crown.

Coral’s John Hill said: “Japan have been desperately trying to win the Arc over the last couple of decades and they look to have a great chance this year.

“With Desert Crown now most likely out for the season, Titleholder is the new favourite for the premier middle-distance contest in Europe.”