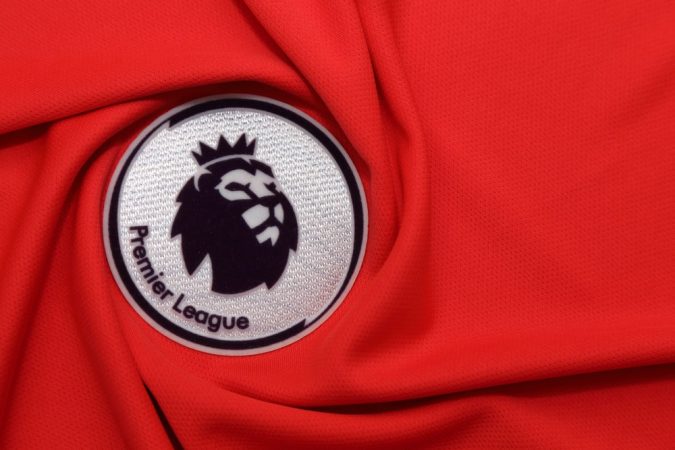 The summer transfer market is hotting up in a big way, and though there have already been some stellar bits of business that are done and dusted, there are a handful of massive deals that look more than likely to come to fruition before the season gets underway or at least before the transfer window slams shut.

Erling Haaland has moved from Borussia Dortmund to boost Man City’s attack, Liverpool has brought in Uruguayan forward Darwin Nunez to replace Sadio Mane, and North London rivals Tottenham and Arsenal have welcomed in Richarlison and Gabriel Jesus, respectively, and there are a host of other deals that are said to be close to completion.

Here are five big deals that may well be completed in the coming weeks.

The talented England international has found himself to be surplus to requirements at the Etihad Stadium, and Pep Guardiola may well consider offers for the former Liverpool man, but one wonders if they’d sell to a Premier League rival?

Sterling started 23 of 38 Premier League games last season but may see his chances limited next season, and a move to the capital might tempt the 27-year-old. Chelsea, under new ownership, struggled for goals at times last season and don’t have a strong goal-scoring option and might see the speedy wide-man as a healthy option to have in their armoury.

Thomas Tuchel has allowed Romelu Lukaku to leave for Inter Milan on loan, and the other attacking options available to him aren’t really scoring at a rate that is needed by any team challenging for major honours. Timo Werner, Kai Havertz, Christian Pulisic and Hakim Ziyech scored a combined total of 22 Premier League goals between them.

Sterling scored 17 goals in all competitions last term, and that’s during a campaign where he wasn’t a first-team regular.

New Man United boss Erik ten Hag will be looking to put his stamp on the Old Trafford side, and a move for his former Ajax charge is a wise one to consider. A move for the 25-year-old would undoubtedly improve on a problem area within the Premier League team’s side.

Currently, the central midfield options available to ten Hag aren’t great. Paul Pogba has left for Juventus, and that leaves the likes of Fred and Scott McTominay to consider, and de Jong is a massive step up on that duo.

Barcelona are apparently open to a transfer but only for a large sum, and if United are going to spend big this summer, then this is a move to consider. De Jong is a player that Erik ten Hag very much values, and the talented Dutchman played a crucial role in helping Ajax to a league and cup double in 2018-19 before he then left for the Catalan giants in July 2019.

The experienced England man enjoyed a tremendous spell at West Ham a couple of seasons ago and was looking set to leave Old Trafford before he was persuaded to stick around, only to find himself warming the bench as his contract ran down to a close.

Now the 29-year-old has the chance to consider his options, and the versatile attacker has a host of options, with West Ham and Tottenham said to be leading the chase. Over the course of his time at Man United, Lingard was never a first-team regular, and any move that he accepts now will surely have to come with some guarantees of that variety.

West Ham may be a better fit in that regard, but Antonio Conte has Champions League football to offer, so this could be a tough decision to make.

Jurgen Klopp is looking to freshen things up and has an eye on Liverpool 2.0 and young talents that can make a significant impact for years to come are very much on the German’s wish-list, and Jude Bellingham would be an ideal option in that regard.

The former Birmingham City man has only just turned 19 and has enjoyed two strong seasons at Borussia Dortmund, making 90 appearances in the process, and the fact that the Westfalenstadion side are in a period of transition may well give the midfielder pause for thought.

Haaland has already left this summer, so one wonders whether the German side would consider offers for Bellingham, but if an offer was accepted, then the combative youngster may well be interested in a move to play in the centre of the park at Anfield.

It’s pretty incredible how things have played out for the former Tottenham man. At the delayed European Championships, the midfielder had a cardiac arrest, and the worst was feared, but the 30-year-old fought back from the brink but was forced to leave Inter Milan as players who have a defibrillator device aren’t allowed to play in Serie A.

He was brought in by Brentford in January and made an immediate impact. Over the course of ten starts for the Bees, he helped the newly-promoted side to seven wins, and the creative playmaker weighed in with goals and assists and is now a much-wanted commodity.

Manchester United are keen on bringing in the free agent, and a move to the Premier League giants will tempt Eriksen. Brentford are also keen on keeping hold of the player, but they may struggle to prevent such a move.

Every Premier League team will be looking at options to help boost their specific targets for the coming season, and new additions will be balanced by sales, and you can expect a great deal of activity across the country between now and the end of August.