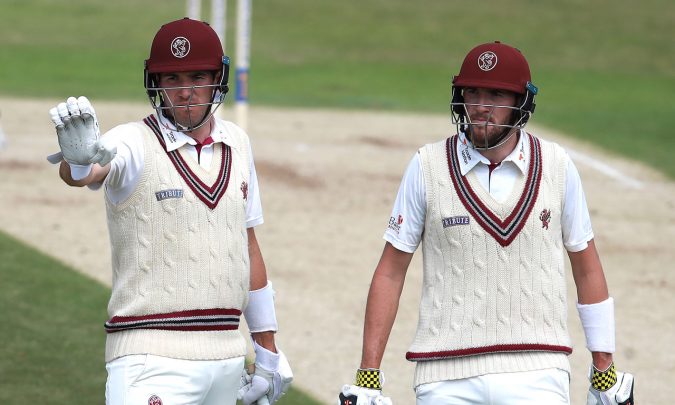 Jamie Overton has joined twin Craig in the England squad for the third Test against New Zealand at Headingley.

Should Jamie take the field in Leeds, they would become the first ever twins to play men’s cricket for England, with Jill and Jane Powell having done so for the women’s team.

There have already been a handful of cricketing brothers over the years, though, and here are some of those who have gone before.

The Surrey pair were born into a cricketing family, with father Kevin having represented Zimbabwe and also played for Gloucestershire and Northamptonshire.

Seamer Tom played two Ashes Tests but soon specialised in white-ball formats, while all-rounder Sam has gone on to pick up 24 Test caps.

They played in the same England team together for the first time during an ODI in Colombo in 2018.

Older brother Adam was an innovative and respected captain of Surrey, briefly enjoying some success as England’s one-day skipper. He managed four Tests and 35 ODI appearances but never quite managed to make his mark in the international arena. He, and many others, believes younger brother Ben would have done just that had he not been tragically killed in a car accident aged 24. The pair made a cherished Test debut together at Trent Bridge in 1997.

As a younger man Robin Smith looked up to the achievements of his brother Chris, who was older by five years. But while his rise to the very top was cut short, totalling eight Tests and four ODIs, the younger Smith became one of the most accomplished batters of his generation.

A magnificent player of pace in an era of fine fast bowlers, he scored 13 England centuries and for many years held the one-day batting record for a knock of 167 not out against Australia.

Tony Greig was a huge figure in English cricket during the 1970s, a physically imposing, brash all-rounder who went on to become an outspoken captain.

His international career ended in acrimony after his involvement with Kerry Packer’s World Series Cricket, though he later enjoyed a rebirth in the commentary box.

Younger brother Ian had a much less dramatic, less illustrious career and played just two Tests in 1982 before returning to the domestic circuit.

The first ever Test match on English soil in 1880 saw the home side include three cricketing brothers in their team.

Two – Edward and George – never played for their country again, but WG scored 152 and went on to become one of the most instantly recognisable figures in British sport.

The Overtons join an England set-up that includes three players following in their father’s footsteps.

Stuart Broad has outshone the achievements of current ICC match referee Chris, Jonny Bairstow carries the torch for the late David and white-ball international David Willey is picking up where former umpire Peter left off as a player.