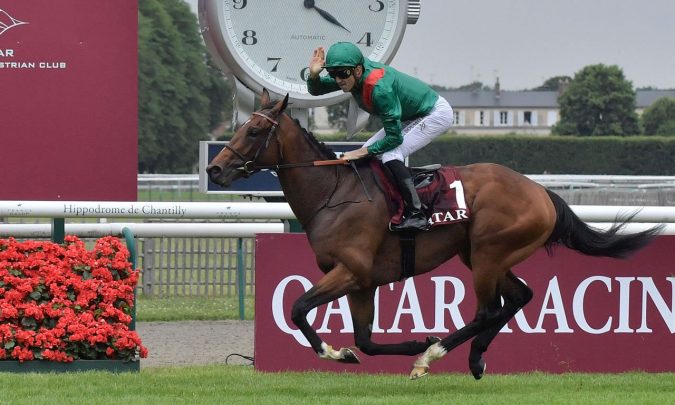 Prix du Jockey Club winner Vadeni is expected to get the go-ahead to receive a supplementary entry for the Coral-Eclipse.

The Aga Khan-owned colt was most impressive in the French Derby at Chantilly, beating James Ferguson’s El Bodegon by five lengths and backing up his prior Prix de Guiche success in the process.

Trainer Jean-Claude Rouget spoke of an inclination to supplement the son of Churchill for the Sandown showpiece after his latest victory – a plan that remains in place providing the bay pleases in a piece of work on Monday morning.

🏆 #Vadeni is an incredibly impressive 5 length winner of the Prix du Jockey Club at @fgChantilly today.

This is the 8th victory in the race for H.H. the Aga Khan, a special achievement in the 100th year of the Aga Khan Studs operation. pic.twitter.com/Cb0DXvbkBD

Georges Rimaud, stud and racing manager to the Aga Khan’s French operation, said on Sunday: “We are more or less where we were last week, the horse is to work tomorrow before a decision is made.

“We’ll know at the end of the morning tomorrow or by the afternoon. He’s doing well following the Prix du Jockey Club, he’s in good form.

“There’s no apparent reason today to change our decision to supplement him, but we will make the final decision tomorrow.”