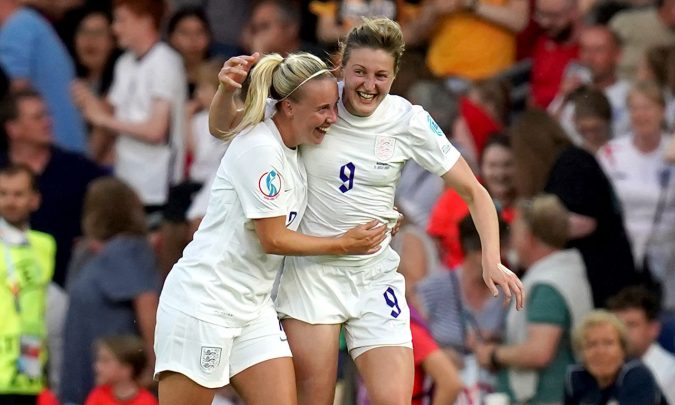 Group A in the UEFA Women’s Euro 2022 draws to a close on Friday night and we have picked out some Northern Ireland Women v England Women betting tips.

Record-breaking England will be looking for more of the same after an 8-0 drubbing of Norway while their opponents are playing for pride before they head home having lost their first two games.

Friday’s match at St Mary’s Stadium in Southampton kicks off at 8pm and is live on BBC One.

The tournament hosts were expected to top Group A but the way they dismantled the Norwegians surprised even the players.

It was the Euros’ biggest ever win and Beth Mead, who scored a hat-trick, said: “I think if you’d have told us that (the day before), we’d have probably all laughed at you.

“We couldn’t believe it on the pitch, as you could probably see by our faces, but I thought on the pitch every player was phenomenal. Honestly, we would never have dreamt of that.”

Norway are just three spots behind eighth-placed England in the FIFA rankings so Friday’s game against Northern Ireland, who are down in 47, looks a mismatch. England boss Sarina Wiegman hailed an incredible evening after Monday’s mauling of Norway but urged her team to stay grounded as they haven’t won anything yet.

With top spot secured, Wiegman may have one eye on next week’s last-eight tie which will likely be against Spain after they lost to Germany in Group B.

Even so, expect Wiegman’s team to go finish the group stage in style. They are 7/4 to be winning at the 15-minute mark and are 13/10 to win with more than 4.5 total goals in the match.

Ellen White, England Women’s all-time leading scorer on 52 and just one goal short of Wayne Rooney’s record for the men’s side, was fancied in the Golden Boot race pre-tournament but she’s trailing team-mate Mead by a couple after two games.

She might well fancy her chances of closing that gap on Friday night and can be backed at 5/2 for two or more and 9/1 for a hat-trick.

Correct-score backers might like the look of the 13/2 on offer for 5-0 to the Lionesses as the last of our Northern Ireland Women v England Women betting tips.

Can they go all the way?

England kicked off their campaign as second-favourites behind Spain but are now 3/1, along with France, at the head of the betting.