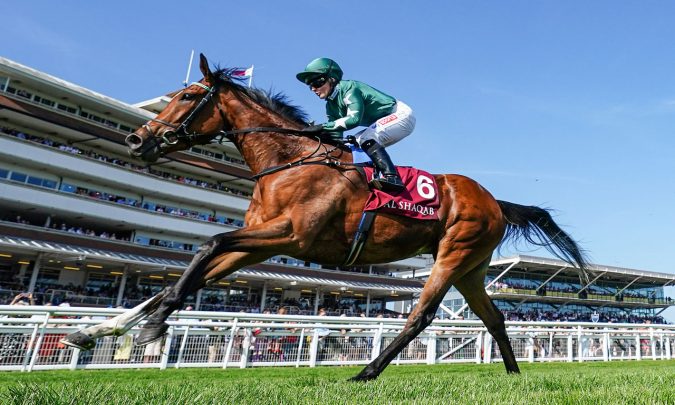 John and Thady Gosden are preparing their Prix de Diane heroine Nashwa for an assault on the Qatar Nassau Stakes, the headline event on day three of the Qatar Goodwood Festival.

The Clarehaven team have enjoyed plenty of success with their fillies this season but Nashwa remains the only one of their three-year-old crop to claim Classic honours following her successful trip to Chantilly last month.

She was all guts on that occasion to hold on gamely from La Parisienne and the win came just 16 days after finishing third in the Oaks at Epsom.

Thady Gosden said: “Nashwa has been very well since France. She ran in the Oaks and then backed up a few days later in France, which is a pretty serious testament to her. “She had a pretty hard race at Epsom and ran an exceptional race. She didn’t quite stay but still managed to come third. She has been a bit quiet since France as you would expect.

“She travelled all the way over to Chantilly and ran a huge race there, but she is coming back to herself now and seems in good shape for next week.

“She is obviously a very well-bred filly and one we have always liked. She took a bit of time to mature last year and has just improved with every run this year.

“Hollie (Doyle) has given her a few brilliant rides, especially in France. Getting to the front there, it’s not an easy track to ride and you can always end up finding plenty of trouble.

“She’s versatile enough in that regard and hopefully that will suit her at Goodwood. We all know Hollie is a brilliant jockey and tactically very astute.”

Another Gosden-trained filly who is set to strut her stuff on the Sussex Downs is Free Wind, who is given the chance to grab further Group Two glory following her recent win in the Lancashire Oaks at Haydock.

She is being pointed at the Qatar Lillie Langtry Stakes and Gosden continued: “Free Wind didn’t have the smoothest trip round at Haydock last time out, but she came out of that race in great form.

“We are looking at the Lillie Langtry Stakes for her, which is a race that has gone from strength to strength over the years. “She has won at Goodwood and is pretty versatile with regards to trip and running style. You can drop her in wherever you like. She doesn’t want extremes, but she handles most ground.”

Next door to the Gosdens on the Bury Road in Newmarket is Roger Varian and the Carlburg Stables handler is looking forward to running his likeable sprinter Mitbaahy in the King George Qatar Stakes during the five-day meeting.

Short of room when runner-up in the Coral Charge last time, this could be the ideal spot for the progressive three-year-old to regain the winning thread.

“Mitbaahy looked very unlucky in the Coral Charge,” said Varian. “He was drawn in stall one and I hated it as soon as I saw it.

“He likes to come from off the pace and it is so hard to get room to run at Sandown when you are on the fence. He was locked away and, take nothing away from the winner (Raasel), but we just couldn’t get there in time.

“It showed us that Mitbaahy is still improving. I think he is a really smart five-furlong horse in the making.

“The harder they go, the stronger he will come home. I would be really excited about him heading into this race. I don’t think I would swap him for anything else.”