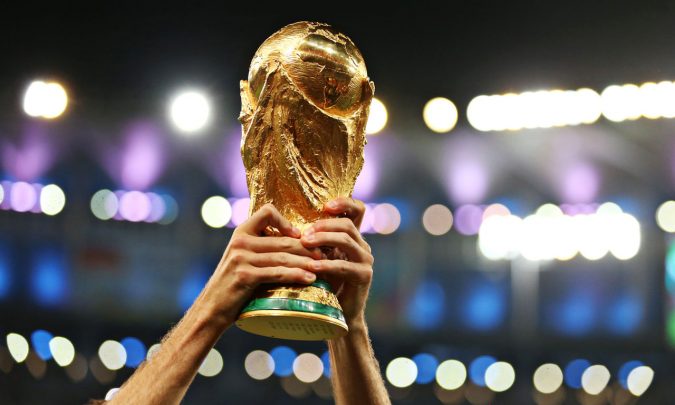 Guide to the favourites in the World Cup winner odds

The time and venue may be unusual but many of the leading contenders are the same as we analyse the World Cup winner odds for Qatar 2022.

Two-time winners France are the defending champions but Brazil have won the most titles with five and they are sure to be in the hunt for the first World Cup to be held in the Arab world.

We look at the leading fancies in the outright betting for the tournament which will start on November 21, with the final taking place on December 18.

Despite losing to Argentina in the Copa America final, Brazil will be a popular choice to lift their first World Cup for 20 years and are the 9/2 favourites.

Along with their five victories, they have reached the final on two other occasions but were beaten 2-1 by Belgium in the quarter-finals at Russia 2018.

This squad will be better for the experience of 2018 and have found that winning mentality, having won 14 and drawn three of their 17 qualifiers.

Les Bleus beat Croatia with ease in Moscow to lift the title in 2018 – their second title in 20 years – but managed to win only one of their four European Championship games before being knocked out on penalties in the round of 16 by Switzerland. Despite having a hugely talented squad which includes the likes of Paul Pogba, Kylian Mbappe, N’Golo Kante and Antoine Griezmann, not everything has been going to plan.

They failed to win any of their four Nations League matches in June so clearly there is some work to be done by manager Didier Descamps if France are to justify being 11/2 second favourites in the World Cup winner odds.

England manager Gareth Southgate’s side had a relatively easy path to the semi-finals in Russia 2018 before falling to Croatia.

Having had a similarly easy route to the European Championship final where they lost to Italy on penalties, many will start to believe this exciting young side can peak in Qatar and bring home the trophy after a 56-year wait.

Southgate came under fire for poor performances in the Nations League this summer but will hope the scheduling of the tournament in the winter helps the 7/1 shots peak at the right time.

He has numerous options in some positions, most notably right-back, but keeping star striker Harry Kane fit will be crucial.

Winners in 1978 and 1986, Argentina have a strong pedigree which has also seen them finish runners-up on three occasions.

At the 2018 World Cup they were beaten in the round of 16 by eventual winners France but they won a first major trophy of the Lionel Messi era with last year’s Copa America success.

La Albiceleste were unbeaten in qualifying and will be interesting contenders at 15/2 in the World Cup outright betting. Unlucky not to reach the Euro 2020 final, they are still a force but the current squad is nothing like the 2010 vintage who went all the way in South Africa.

They should have no trouble getting out of their group, despite being paired with fellow European giants Germany, but they only scored 15 goals in eight qualifying matches so a lack of firepower could be an issue for Luis Enrique’s men, who are also 15/2 in the World Cup winner odds.

With Hansi Flick taking over from Joachim Low on the back of a modest European Championship campaign, many had already written off this young side as a team in transition.

Die Mannschaft have won four World Cup titles – the last coming in 2014 – and while this current group of players will have to grow up quickly to contend, they have just the manager to galvanise them.

Nine wins out of 10 in qualifying, with just four goals conceded, showed they are still a formidable force, as their 9/1 odds imply.

Belgium’s golden generation have flopped at the business end of major tournaments and are no longer seen as one of the World Cup favourites but odds of 14/1 may tempt some to back the likes of Kevin De Bruyne and Romelu Lukaku to finally land a major trophy.

Fellow European nations Portugal and the Netherlands are now seen as more likely winners at 12/1. Cristiano Ronaldo is still the main man for Portugal ahead of what is surely his last World Cup while experienced coach Louis van Gaal has improved results for the Dutch.

Denmark, at 25/1, will have plenty of neutral support with Christian Eriksen in the team while Croatia are dark horses at 50/1 after reaching the final four years ago.

Uruguay were the third best team in South American qualifying and available at 40/1 and Senegal’s Africa Cup of Nations success earlier in the year will have helped their confidence and they are priced at 50/1.

Wales will hope to make an impact after ending their long wait for World Cup qualification and will have the support of some patriotic punters at 150/1 while no host country has been given less hope than 200/1 minnows Qatar.