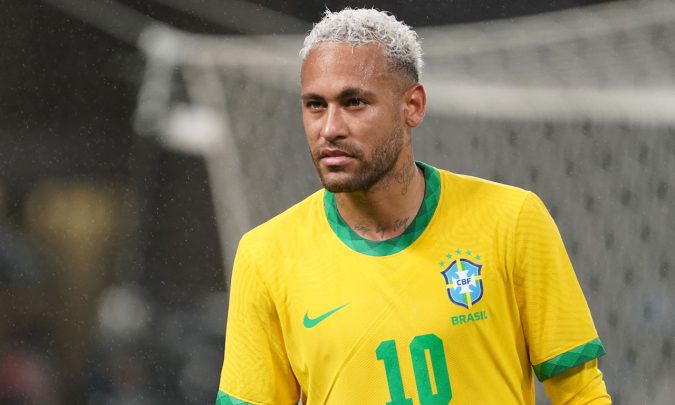 Everybody remembers the winners and most fans would be able to name the top scorers. But what about the tournament’s best player who receives the World Cup Golden Ball prize?

Some great names have won the World Cup Golden Ball since it was first awarded in 1982 but only three of them – Paolo Rossi the first year, Diego Maradona (1986) and Romario (1994) – picked it up while playing for the team who were crowned champions.

Croatia’s Luka Modric (2018) and Argentina superstar Lionel Messi (2014) lost in the final while Diego Forlan was outstanding when Uruguay finished fourth in 2010.

Zinedine Zidane took the individual prize in 2006 despite a red card as France lost the final to Italy and four years before that Germany goalkeeper Oliver Kahn was honoured with his team second.

Ronaldo claimed it in 1998 when his Brazil side crashed to France and Toto Schillaci was the man of the moment when the Italians lost to West Germany on home soil in 1990.

So, who could be in with a shout for the World Cup Golden Ball in Qatar?

Belgium playmaker De Bruyne will be close to his 100th cap when they kick off their campaign against Canada and it has been a thrilling ride towards his ton.

De Bruyne is the best of a brilliant Belgian bunch but this golden generation may be running out of time to shine.

Third place in Russia four years ago is as high as he has flown with a team who were widely expected to have landed a major prize by now. They lost to Argentina in the last eight in 2014, and at the same stage in the last two European Championships.

De Bruyne is a serial winner with Manchester City and has a cabinet full of individual awards from his time in England. As ever, he is tipped for a big tournament.

Pogba fired a parting shot at Manchester United when he left for a second time, outlining a few issues that contributed to his unhappy spell at Old Trafford.

The midfielder was often criticised during his most recent spell at United but looked a different player on international duty.

Like De Bruyne, Pogba will be close to 100 caps by the time the World Cup kicks off. He was voted best young player at Brazil 2014, was part of the team who came up just short on home soil at Euro 2016, then helped France lift the big one in Russia.

Only Brazil are above the French in the World Cup winner odds and they need a big response after crashing out of last summer’s Euros to Switzerland.

Whatever happens, good or bad, expect Pogba to be right in the thick of it.

Neymar got his hands on one Golden Ball, back in 2013 when he bossed the Confederations Cup as Brazil took the trophy after wins over Japan, Mexico, Italy, Uruguay and then Spain in the final.

The following year he had the weight of a football-mad nation on his shoulders and was tipped to lead Brazil to World Cup glory.

For a while, things were going to plan. He had scored four goals by the time Brazil faced Colombia in the quarter-final but a knee in the back from Juan Camilo Zuniga ended his tournament and the favourites were hammered by Germany in the semis.

He was in the side beaten by Belgium in Russia and finished second to Lionel Messi’s Argentina in last year’s Copa America.

It is 20 years since the five-time winners last lifted the trophy and they head into this one as favourites with 30-year-old Neymar the man expected to lead their charge again.

Qatar is likely to be 35-year-old Messi’s last chance to follow in the footsteps of Diego Maradona and lead Argentina to a World Cup triumph.

They went close in Brazil, taking Germany to extra-time in the final, but their Russian adventure was disappointing before they got back on track with that Copa America success last year.

Messi’s first season alongside Neymar at Paris Saint-Germain was quiet given his own sky-high standards – 11 goals in 34 games – and he has not dipped as low since the very early Barcelona days in 2005-06.

He was Argentina’s joint-top scorer in qualifying, alongside Lautaro Martinez with seven goals, and will be the main man for his country until the day he hangs up his boots. Ronaldo’s tale is similar to Messi’s – there’s no surprise there.

The pair are almost impossible to separate and have dominated the GOAT debate for years – but would delivering a World Cup settle the argument once and for all?

Ronaldo is international football’s all-time top scorer, Portugal’s captain and most-capped player and is certain to add to his haul in Qatar.

Ronaldo and Co needed a play-off to get to the World Cup but if they can escape a tricky-looking group containing Ghana, Uruguay and South Korea, their star man could be well on his way.

The latest Barcelona player tipped to fill Messi’s shoes at the Nou Camp, Fati has a long way to go for club and country, but the early signs are promising from the Spain youngster.

The 2010 world champions are no longer blessed with the type of A-list squad that won three major tournaments on the spin from 2008, but they have only three teams – Brazil, France and England – ahead of them in the outright betting.

Fati will be 20 when the World Cup kicks off, with only a handful of caps to his name, but he is tipped for great things after breaking the record to become his country’s youngest scorer as a 17-year-old in 2020.

Someone like Fati winning the World Cup Golden Ball but would signal a real changing of the guard at the top of the world game.