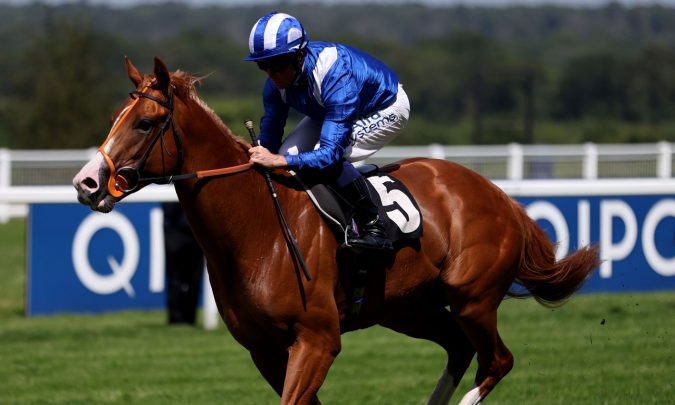 Coral ambassador Jim Crowley gives us the lowdown on his three Friday rides at Royal Ascot, including in the Commonwealth Cup where he rides Ehraz, a horse who can be as good as the mount Jim rode to victory back in the same race in 2018.

She’s Hot has only had the one run before this when she came second on the all-weather at Kempton back in March. She isn’t a horse I have ridden before, however she is extremely well bred and should be a very nice filly.

That first run was a very promising effort and whilst she will need to come forward plenty to be able to compete here, it is certainly not out of the question with such little form to go off. She can run well and has an each-way chance here in the first race on day four.

I am really looking forward to this ride. We won this race before with Eqtidaar back in 2018 and Ehraz is every bit as good as he was.

I rode him cold last time, probably a bit too cold, and he was a very unlucky loser. He lost by a short head and whilst he should have won, it was really nice to see him finish so strong and I think he covered the last two furlongs quicker than any six-furlong horse has done this season so far.

He is drawn in a very good place and he has a fantastic chance.

Zanbaq has a great chance in the Sandringham. I am a little bit concerned about the ground here as she won on good to soft last time at Haydock but she has been trained for this race ever since that and is off a lovely mark.

She has a fantastic chance if she handles the quick ground, so fingers crossed she does.