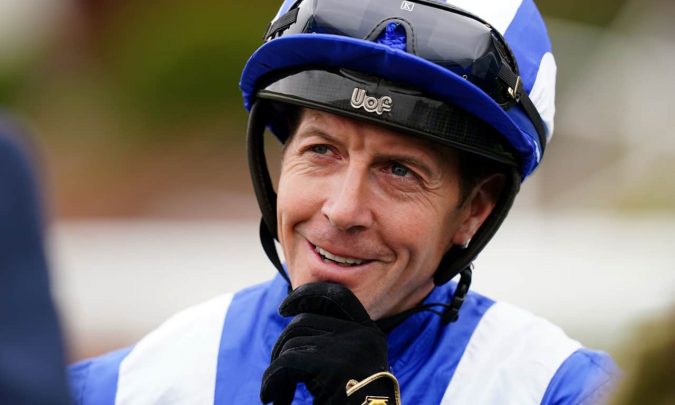 I went to Sandown on Thursday evening full of hope that Mostahdaf could make it four from four at the course, and while he was sent off favourite for the Brigadier Gerard, as it turned out second place was the best we could do, as Bay Bridge put us well and truly in our place.

He really could be one of the stars of the season now, as to do that to my horse – who we still think plenty of, and who was race fit – and a proven Group 1 horse in Addeybb, on his first run of the season, tells you that he’s a bit special.

He’s one we could be comparing to previous Sir Michael Stoute-trained stars like Ulysses and Pilsudski by the end of the year, I really was that impressed by what I witnessed. I begin the day on Jimi Hendrix for my old boss Ralph Beckett. He won on his second and final start as a two-year-old, on soft ground at Doncaster, and was then third on his first start of this season, but I don’t think he appreciated the good to firm going that day, so Haydock’s surface should be much more to his liking.

Ralph’s horses are running well, and it would be no surprise to see this fellow involved at the business end.

Mahrajaan is a really nice horse who I have liked since we won at Leicester last summer. That was one of three wins last year, with another coming at Hamilton, when he did well to overcome all sorts of trouble in running.

His last run came at York, that was over 1m 6f on soft ground and I’m not sure he quite got home that day.

He’s back down in trip here, he’s working very well at home, the Haggas horses are absolutely flying, and I’d have to be hopeful of a big run from him.

My final ride is in the Group 3 John Of Gaunt, the day’s feature. Laneqash has some smart bits of form to his name, with a second in the Hungerford on his seasonal reappearance last year a good sign that he goes well fresh. He’s been gelded over the winter, and it’s interesting that Shadwell have kept hold of him.

We’re taking on plenty of race-fit rivals here, while Kinross was a good winner of this race 12 months ago, but Laneqash has always been a nice horse, and hopefully he can show that here.