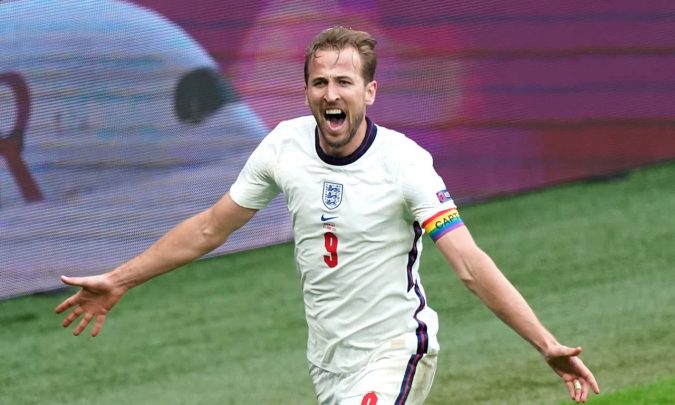 The best strikers on the planet will be warming up for a winter World Cup in just a few months so it is time to look at the race for the Golden Boot.

Here, we study the big hitters hoping to be the leading marksman at Qatar 2022 and consider the best World Cup top scorer betting tips.

England captain Kane will be a popular pick in World Cup top scorer betting tips at 7/1 as he looks to top the goal charts in Qatar, just like he did in Russia four years ago.

Six goals is often the magic number for World Cup hotshots (eight times in the last 11 tournaments) and that is how many Kane managed at the most recent staging.

Kane scored twice against Tunisia and a hat-trick (two of them penalties) against Panama in England’s first two games while his only other goal was also from the spot, against Colombia in the last 16.

He did not play against Belgium in the group, drew a blank against Sweden and Croatia in the knockout rounds and failed to score against the Belgians in the third-place play-off.

It would be short-changing Kane to label him a flat-track bully though as he was named in FIFA’s All-Star team after England’s march to the semis.

Kane, who was joint-top scorer in the European qualifiers for Qatar, will head to the Middle East as a 29-year-old, three-time Premier League Golden Boot winner and worthy favourite given England face Iran, Wales and USA in their group.

Mbappe showed up when it mattered in Russia four years ago, scoring four goals as France lifted the trophy.

The Paris Saint-Germain striker, 8/1 to top the charts in Qatar, helped himself to the only goal in the group-stage win over Peru, bagged a double as France knocked out Argentina and rounded off the victory over Croatia in the final.

He is settled in his day job after committing to PSG despite heavy interest from Real Madrid and in five full seasons has scored 171 goals in just 217 games.

His record for Les Bleus is an impressive 27 in 57 after this summer’s Nations League matches and with Australia their first opponents in Qatar, Mbappe could get off to a flyer.

Benzema’s international numbers would be so much better than 37 goals in 97 games if he had not spent five years in international exile over his part in the sex-tape blackmail scandal involving team-mate Mathieu Valbuena.

A 10/1 shot, Benzema will turn 35 the day after the World Cup final but appears to be improving with age, having scored 44 goals in 46 games for Real Madrid in 2021-22, by far his best haul in 13 seasons with the Spanish giants. There is no doubt he is one of the deadliest finishers heading to the World Cup but apart from his rivals in other teams, he also has international colleagues Mbappe and Antoine Griezmann on the same mission.

The trio scored 14 of France’s 18 qualifying goals with Griezmann leading the way on six, Mbappe claiming five and Benzema the other three. It’s a team game so expect Les Bleus to share the joy.

At the time of writing we don’t know where Ronaldo will be playing his club football in the few months leading up to the World Cup but, wherever it is, expect him to be banging them in.

He has a year left on his Manchester United contract but Chelsea, Bayern Munich, Sporting Lisbon and even a return to Real Madrid have all been touted as potential destinations.

Ronaldo scored 24 goals in 38 games for a poor United side last term and 26 in 53 in the final season of his first spell at Old Trafford back in 2009.

In between, his staggering stats show 551 goals in 572 games for Real Madrid and Juventus. He has 117 in 189 for his country, wears the armband and has lifted the European Championship trophy and Nations League title in recent seasons.

He is 12/1 in the World Cup top scorer odds for Qatar.

For years now there has been little to split Ronaldo and Messi and the little Argentine is also 12/1 to be the top scorer this winter.

The race to get their hands on football’s biggest prize is about the only one they have left to run.

Like Ronaldo, Messi recently lifted his continent’s top honour. Argentina won the 2021 Copa America with Messi top-scoring (four goals) and being named player of the tournament. He also led the way for Argentina in qualifying for Qatar with seven goals and his international tally stands at 86 in 162, although he only managed one in four games in Russia.

It is Saudi Arabia up first and a chance for a fast start from Messi and Co.

Brazilian talisman Neymar is also 12/1 but could be weighed down by his country’s billing as favourites and pressure to lift the trophy for the first time in 20 years.

Romelu Lukaku at 14/1 is next on the list and will hope to enjoy more game time after returning to Inter Milan on loan. The Belgium team is covered in stardust but there are fears their golden generation is going the same way as England’s from the early 2000s. Worth considering for Worl Cup top scorer betting tips though.

Memphis Depay is also interesting at 25/1 having fired the Netherlands’ qualification campaign while Luis Suarez was hot on Uruguay’s road to Qatar and the 33/1 shot is likely to be on penalty duty.

Gareth Bale is 50/1 and at the heart of everything Wales do, so a couple of goals in the group stage and he will have a chance.