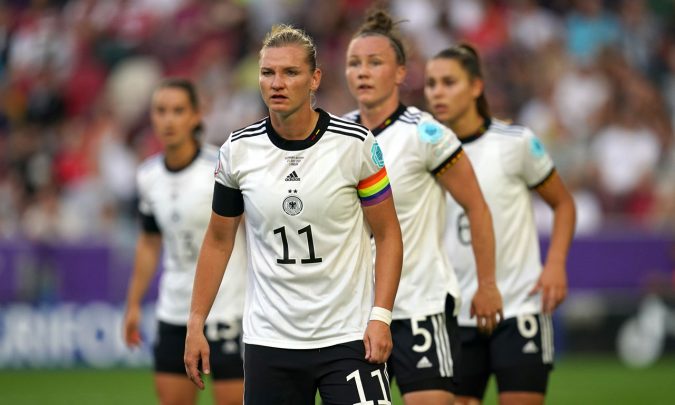 Two teams with very different pedigrees meet in the second Women’s Euro 2022 semi-final and we have studied the odds to pick out some Germany Women v France Women betting tips.

Germany (or West Germany) have won the Euros on eight occasions while France have reached the last four for the first time in their history but the odds suggest a close game is in store.

Wednesday’s match at Stadium MK in Milton Keynes kicks off at 8pm and is live on the BBC.

German defence not yet breached

Germany were impressive during the group stage and carried that form into the knockout stages with a 2-0 win over Austria.

They went into the game having not conceded throughout the group stage – along with England – but unlike the host nation they sustained their record through an impressive quarter-final performance in Brentford.

Lina Magull capitalised on a well-crafted move from Germany to arrive on the ball unmarked and find the back of the net to open the scoring. Germany rode their luck at times, with Austria hitting the woodwork three times during the 90 minutes, before they sealed the win with a late second when a poor clearance from Manuela Zinsberger rebounded off Germany captain Alexandra Popp and into the back of the net.

Their results at this tournament plus their history makes them hard to oppose but this is their toughest test so far and a draw after 90 minutes at 21/10 is the first of our Germany Women v France Women predictions.

France must be clinical

France made a dream start to Euro 2022 when they scored five goals in the first half against Italy but have not been quite as impressive since then.

They were 2-1 winners against Belgium and had already topped the group before a much-changed team drew 1-1 with Iceland.

Les Bleues were then taken to extra time by the Netherlands and eventually made the breakthrough when Eve Perisset’s penalty secured a 1-0 victory over the holders.

France created numerous chances during normal time but had been left frustrated by some fine saves by Daphne Van Domselaar, great goal-line clearances by defender Stefanie van der Gragt and near misses that included Delphine Cascarino hitting the post.

They will need to be more clinical against a Germany defence which is unlikely to allow as many chances but France have the pace to cause problems.

Germany will be wary of that and a cautious game could be in store so a goalless first half appeals at 13/10 for Germany Women v France Women betting tips.

History is undoubtedly on Germany’s side here. In nine previous semi-finals at European Championships, they have only been beaten once and that was on penalties against Italy in 1993.

They are also unbeaten in four competitive matches with France, having won three in 90 minutes plus a penalty shoot-out at the 2015 World Cup.

One worry for France is the loss of Marie-Antoinette Katoto to injury and that lack of a natural goalscorer could be their undoing.

Germany’s extra experience and strength in depth can give them the edge late on and 10/1 for them to win in extra time completes our Germany Women v France Women betting tips.