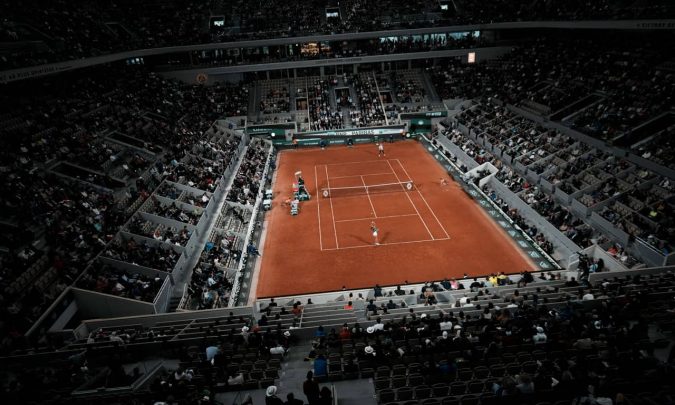 Monday’s rain means there are still some first-round ties carried over on Tuesday at the French Open, but apart from the occasional shower the weather is set fair and all the matches should be completed.

We’re still awaiting the outcome of Anna Kalinskaya’s clash with Madison Keys from one of Monday’s French Open betting tips in which we highlighted the Russian to win at 21/10 or a three-sets encounter at 17/10 as possibilities. The American leads 2-1 although there have already been two breaks of serve, so it could be a close encounter,

We have three more selections from Tuesday’s matches and start with the clash between seventh seed Andrey Rublev who is 1/16 to beat Kwon Soon-woo.

Rublev reached the quarter-finals of the 2020 French Open but fell at the first hurdle in his two other appearances at Roland Garros, so it’s fair to say the Russian has been hit and miss at this grand slam.

He has a favourable draw, though, and will hope to go deep once again to justify his French Open odds of 33/1, but first he has to negotiate a tricky opening test against Kwon.

Rublev is 10/21 to get the job done in straight sets, something he has achieved just once in seven main-draw matches at the French Open, so it may pay dividends to side with Kwon in some way in what is the third meeting between the players this year.

The 24-year-old Muscovite admittedly won the first contest 6-3 6-3 in Rotterdam back in February but two weeks later lost the opening set only to bounce back in Dubai.

Both those matches were played on Kwon’s preferred hard courts, but he has shown intermittent form on clay, taking a set off man-of-the-moment Carlos Alcaraz in Barcelona and dirt specialist Albert Ramos-Vinolas in Estoril.

Rublev has won three titles this season, including the clay-court event in Belgrade where he beat Novak Djokovic in the final, but headed to Paris having lost to Filip Krajinovic in straight sets in his first match in Rome, so Kwon to take at least a set at 8/5 is the first of our French Open betting tips.

There could be a shock in the first-round clash between Italian qualifier Zeppieri and 12th seed Hurkacz whose wretched French Open form makes the Pole an uneasy 1/7 favourite to progress to the second round, something he has failed to do in his last three appearances.

Hurkacz lost from two sets up to Botic van de Zandschulp 12 months ago having gone down in five the year before to Tennys Sandgren, the only player he has beaten at Roland Garros.

The world number 13 enjoyed a couple of runs to the quarter-finals in Monte Carlo and Madrid, but concluded his build-up with a straight-sets defeat to David Goffin who is starting to return to form following a knee injury which ended his 2021 season.

Zeppieri, though, cruised through his three qualifiers against Andreas Seppi, Marius Copil and Sean Cuenin without dropping a set.

The Italian is making his grand slam debut and lost both of his two Tour matches to date, but he has made an encouraging start in Paris and can take the opening set at 13/5.

Molcan starts as the 4/9 favourite having finished runner-up to Cameron Norrie in Lyon last week.

The Slovakian actually beat Coria in straight sets during that run so the players should be accustomed to each other in their rematch five days later.

Molcan moved into the top 40 for the first time as a result of his performance in France and is 19/10 to win in straight sets again.

However, the Argentinian enjoyed a couple of wins against Molcan in lower-level clay-court tournaments last season and looks capable of taking at least a set in a longer grand slam match.

Molcan in four is the last of our French Open betting tips at 14/5.