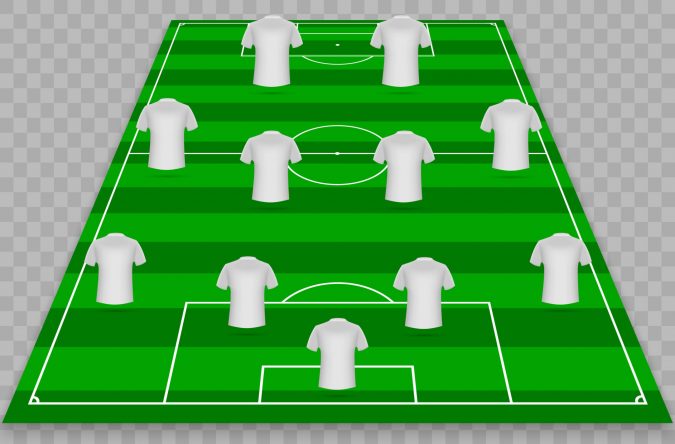 It would be fair to say that the England national team has been rejuvenated during the stewardship of Gareth Southgate. Since taking over in 2016, the former Middlesbrough boss has led the Three Lions to the World Cup semi-finals in 2018 and the final of the rearranged Euro 2020 tournament last year.

There’s no denying that Southgate has a host of talents to select from when it comes to the squad he’ll take to Qatar, but who will make it and who will be left on the tarmac as the plane takes off for the finals later this year?

When it comes to World Cup betting, England are among the favourites to secure the trophy, with the likes of Brazil, France, and Spain also among those countries likely to go far during the tournament.

Traditionally England are known for choking in major tournaments, and that’s why they’ve only ever won one, that being the World Cup held in the country back in 1966, but Southgate has let fans dare to dream of an end to the long-running heartache.

Perhaps in 2022, football really will be ‘coming home’?

So, who should be in Southgate’s 2022 World Cup finals squad? Well, let’s take a closer look at the contenders in each relevant position. There are 23 places up for grabs and a few dozen players worthy of consideration.

There are three places up for grabs here and a number of options for Southgate to select from.

Jordan Pickford continues to be Southgate’s number one starter between the sticks, but arguably he’s being caught up by a number of others. The Everton man didn’t have a great season for his club but did pull out some top performances as Frank Lampard’s side managed to drag themselves from the drop.

Aaron Ramsdale is sure to be pushing him for the starting berth after a strong debut season at Arsenal. Behind these two, you have Nick Pope, Fraser Forster, Sam Johnstone, and perhaps Dean Henderson. Of these four, it would appear that the Burnley man, Pope, is running closest to getting the call for the squad.

Let’s start by isolating those who will certainly be part of Southgate’s defensive set-up in Qatar, and one name that will be there is Man United’s under-fire captain Harry Maguire.

While United fans can certainly complain about the poor showing that the expensive recruit has made while in club colours when Maguire steps out for England, he doesn’t usually put a foot wrong.

Man City pair Kyle Walker and John Stones will be in the squad for sure. Man United’s Luke Shaw will probably be there also, but that says more about the options on the left than it does about anything else.

At right-back, Reece James seems to be a player Southgate greatly values, so the Chelsea wide-man will be in the squad. And one imagines there then becomes a case for who would be the back up, either Newcastle United’s Kieran Trippier (who has injury issues) or Trent Alexander-Arnold, who doesn’t seem to replicate his club form when playing for England.

The Liverpool man should, as far as we are concerned, get the nod due to his sheer ability and big-game experience. With Maguire and Stones likely to be the first-choice centre-back pairing, the likely back-ups will come in the form of Wolves captain Conor Coady and perhaps AC Milan’s Fiyako Tomori, who has played a key role in the San Siro side picking up their first Serie A title in more than a decade.

In the centre of the park, you can expect to see West Ham’s Declan Rice starting at the World Cup, and Liverpool’s Jordan Henderson is a certainty for the squad also. It’s likely that Southgate will supplement these options with Leeds United’s Kalvin Phillips (who missed much of the Elland Road side’s poor season) and Borussia Dortmund’s ridiculously talented youngster Jude Bellingham.

There’s a good case for bringing in James Ward-Prowse as an additional option, not least because he’s deadly from set-pieces and has had a great season from an individual perspective.

In terms of wide midfield options, Mason Mount will be in Southgate’s armoury, and so will Jack Grealish, and on their day, both players can be very effective indeed.

Harry Kane will be the main man up front once again, and as far as alternative options in the central area, things are a little thin on the ground for Southgate. Tammy Abraham, based on his success at Roma, deserves to be the main back-up to the Tottenham man.

When it comes to wide attackers, Raheem Sterling, Bukayo Saka, and Phil Foden are certainties for the squad and likely starting eleven places. The talent that the trio possesses will frighten the life out of most defences.

Jarrod Bowen has done enough to warrant one of the remaining places in the squad following an outstanding season at West Ham.

The likes of Marcus Rashford and Jadon Sancho don’t deserve to be in the reckoning after fairly horrific seasons at Man United, and therefore they are unlikely to make it into Southgate’s squad.