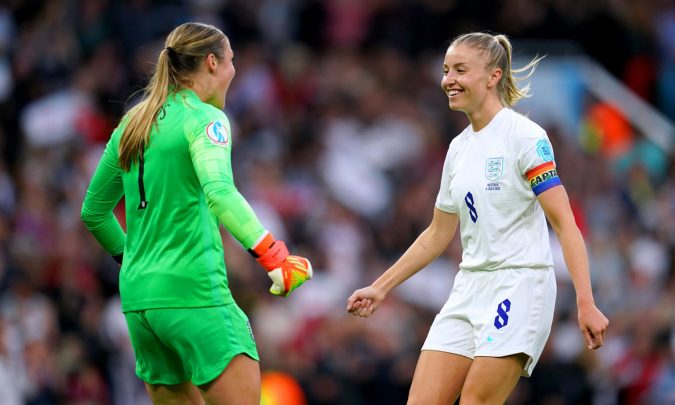 The two strongest teams in Group A at the UEFA Women’s Euro 2022 meet on Monday night and we have studied the odds to pick out some England Women v Norway Women betting tips.

Both teams made a winning start in their opening match but have room for improvement heading into the game which is likely to decide top spot in the group.

Monday’s match at the Amex Stadium in Brighton kicks off at 8pm and is live on BBC One.

England made a winning start to their home European Championship campaign as Beth Mead’s early goal secured a 1-0 victory over Austria in the tournament curtain-raiser at a packed Old Trafford.

In front of a competition-record crowd of 68,871 generating a pulsating atmosphere, Mead caused the noise levels to go up even further when she continued her fine goalscoring form by putting the Lionesses in front in the 16th minute.

Ellen White also headed wide while Lauren Hemp was denied by a fine Manuela Zinsberger save in first-half stoppage time but boss Sarina Wiegman conceded England were “a little rushed in the final third”.

At the other end, England and Manchester United goalkeeper Mary Earps did well to push away a Barbara Dunst effort after the break.

The result extended their unbeaten record under Wiegman with a 13th victory in 15 games and will have helped ease any nerves.

The Lionesses look worthy favourites at 7/10 for victory in their second game too but for a bigger price in England Women v Norway Women betting tips, victory with under 3.5 total goals at 29/20 is worth considering.

Norway – winners of this competition in 1987 and 1993 – moved level on points with England after a routine 4-1 victory over major tournament debutants Northern Ireland.

In our Women’s Euro 2022 betting tips we predicted Norway would be ahead after 15 minutes and they were 2-0 up after only 13 minutes thanks to goals from Julie Blakstad and Frida Maanum.

A Caroline Graham Hansen penalty just after the half-hour mark extended Norway’s lead and although Northern Ireland pulled one back early in the second half, Guro Reiten quickly ended any hope of a comeback with a superb free-kick.

🇳🇴 A superb free-kick from @guro_reiten 🎯

It means Norway have already improved on a dismal European Championship campaign five years ago when they were knocked out during the group stage without scoring a goal.

With 2018 Ballon d’Or winner Ada Hegerberg back in the national team and potentially one of the stars of the tournament, 4/1 underdogs Norway are a useful team but they have lost the last two competitive meetings with England, including a 3-0 defeat in the quarter-finals of the 2019 World Cup.

A closer match is expected this time and the hosts to come out on top after a drawn first half appeals at 16/5 for England Women v Norway Women betting tips, while another 1-0 win also looks a good option at 6/1.