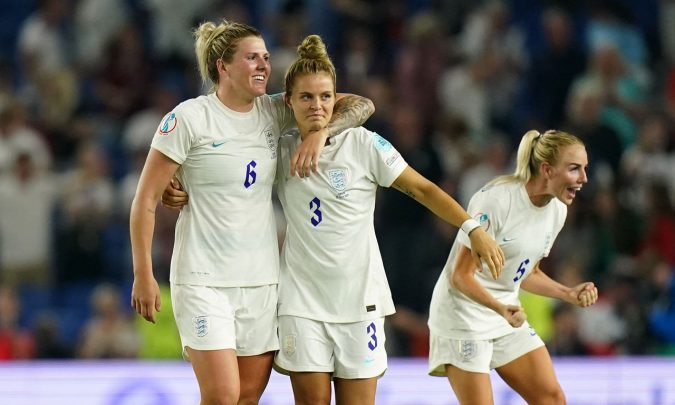 England have been cut to 11/8 in Coral’s Women’s Euro 2022 winner odds following their victory over Spain in the quarter-finals.

The Lionesses were priced at 11/4 heading into the knockout stage but are now just two wins away from glory ahead of a semi-final against Sweden or Belgium.

The tournament hosts’ future in the competition had been threatened when Esther Gonzalez’s 54th-minute goal handed Spain the lead before Ella Toone took the game to extra time with an equaliser with six minutes of normal time remaining.

Georgia Stanway then made it a night the 28,994 fans in the Amex Stadium would remember by firing a stunner in extra time to send England into the semi-finals in a fourth successive major tournament.

Coral’s John Hill said: “The Lionesses had to come from behind to beat Spain in the quarter-finals, but they have booked their spot in the last four. The hosts are now warm favourites to lift the trophy at Wembley later this month.”

Lionesses manager Sarina Wiegman returned to the dugout for the clash having missed the final group game against Northern Ireland after testing positive for Covid-19. It was only confirmed that Wiegman would be in the dugout in the afternoon of the quarter-final, and she admitted the emotions were running high after the match.

“I think I went a little crazy,” the head coach admitted. “I was so happy, of course you try to stay calm but this was so close and was such a close game that could go both ways all the time, so I was so happy that we won.