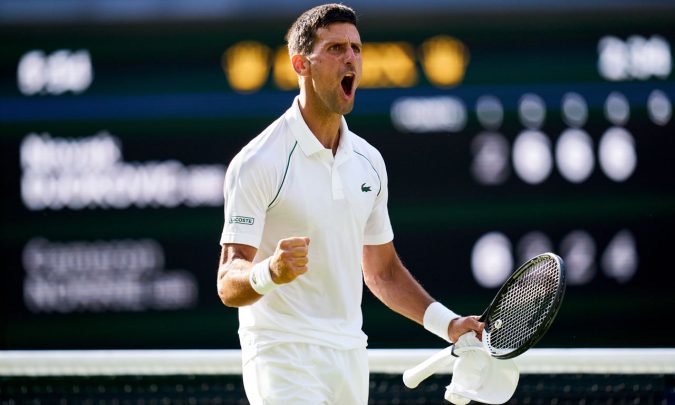 There is an intriguing Wimbledon men’s singles final in store as Nick Kyrgios bids to win a first grand slam title against six-time champion Novak Djokovic.

Djokovic prevented a British finalist by beating Cameron Norrie while Kyrgios was given a walkover into the final when Rafael Nadal withdrew due to injury.

Now they meet on Centre Court and we have studied the odds to pick out some Djokovic v Kyrgios betting tips.

Test of temperament for Kyrgios

Kyrgios has become better known for his behaviour rather than his tennis ability but will he keep his temper in check in the biggest match of his career?

With the eyes of the tennis world on him plus his new “bromance” with his opponent, the Australian will surely not let his temper boil over.

Kyrgios caused a stir on a podcast in 2019 when he branded Djokovic “cringeworthy” and claimed he was obsessed with wanting to be liked.

But after Kyrgios criticised Djokovic’s treatment by border officials in his homeland ahead of this year’s Australian Open, he says they are now so friendly they even exchange messages on social media.

“We definitely have a bit of a bromance now, which is weird,” said the world number 40. “I think everyone knows there was no love lost for a while there.

“I felt like I was almost the only player and someone to stand up for him with all that drama at the Australian Open. “I feel like that’s where respect is kind of earned. Not on the tennis court, but I feel like when a real-life crisis is happening and someone stands up for you.

“We actually message each other on DMs in Instagram now and stuff. It’s real weird. Actually, earlier in the week, he was like ‘hopefully I’ll see you Sunday’.”

Kyrgios heads into the final as the 29/10 underdog but his chances can only have been helped by not having to play his semi-final, having won his quarter-final against Cristian Garin in straight sets.

Kyrgios is bound to be nervous but the same can possibly be said of Djokovic, who is bidding for a 21st grand slam title.

The Serbian lost the first set against Norrie so must avoid another shaky start but his experience on Centre Court, where he is unbeaten since 2013, will surely give him the edge in the early stages.

Looking at the Wimbledon odds, 29/10 for him to win the first set 6-3 is the first of our Djokovic v Kyrgios betting tips.

Djokovic has been far from perfect during the past fortnight though and if Kyrgios can keep his emotions in check, he has the game to cause problems.

Djokovic has dropped at least a set in each of his last three matches and appeals at 13/5 to win in four sets here.