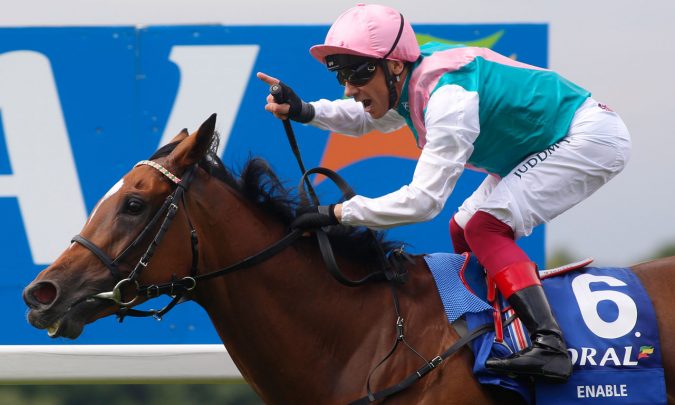 We’ve taken a look back through all of the Coral-Eclipse winners and chosen five great Sandown scorers that stand out from an impressive list.

The race, named after 18th-century star Eclipse, has been sponsored by Coral since 1976 and the 1m 2f contest is always one of the highlights of Britain’s Flat racing calendar.

Some legends of the turf have claimed this prize so it wasn’t easy to select just five, but here are our top picks for the greatest Coral-Eclipse winners:

Ian Balding’s ace followed up a smooth Derby success by crushing much-vaunted French colt Caro in one of the most emphatic Coral-Eclipse triumphs.

Caro came to challenge Mill Reef between the final two furlongs but when Geoff Lewis asked for a response, his mount pulled away in decisive fashion.

Commentator John Oaksey declared: “He doesn’t just beat the Frenchman, he murders him! He leaves him standing…what a tremendous performance.”

Another one-sided Anglo-French battle went the way of Guy Harwood’s charge, who bounced back from a luckless defeat in the Derby with a breathtaking display.

Nine-time Group One winner Triptych looked a big threat when setting sail for home at the two-furlong pole but was quickly put in her place.

Dancing Brave swept past with a dazzling turn of foot and powered magnificently clear for a wide-margin success.

Graham Goode referred to the race-winning move as an “electrifying burst of speed” and a similar surge earned him Arc glory later that year.

Willie Carson had steered Dick Hern’s colt to 2,000 Guineas and Derby wins and now it was time to take on older horses.

Indian Skimmer and Warning were both multiple Group One scorers, but it was future Breeders’ Cup Mile victor Opening Verse who looked to have stolen a march on his rivals by shooting five lengths clear turning for home.

However, Carson did not panic and only had to nudge out Nashwan with hands and heels to power past and gallop clear.

Just two weeks later, he toughed it out to beat old rival Cacoethes in the King George and is the only horse to have cleaned up all four of those prizes in quick succession.

John Oxx’s classy colt emulated Nashwan’s Guineas-Derby-Eclipse hat-trick by showing the heart of a champion in the latter stages of a fascinating renewal.

A trio of pacemakers set a terrific gallop but Mick Kinane was able to unleash Sea The Stars two furlongs out.

Rip Van Winkle came out of the pack to test the favourite, but he simply put his head down and ground out a game success, with 2008 Breeders’ Cup Turf winner Conduit five lengths behind in third.

More Group One glory followed in the Juddmonte International, the Irish Champion Stakes and the Arc during a quite remarkable campaign.

John Gosden’s wonder mare made it look easy as she tracked Hunting Horn into the home straight before upping the tempo and taking control of proceedings.

Magical made a race of it but Frankie Dettori was never in trouble and later beamed: “She’s got so many gears and the unbelievable will to win. She’s got everything.”

Enable had already landed the English and Irish Oaks and was a dual Arc winner at this point, plus she went on to make it a trio of King George triumphs, so she is an obvious pick for our best Coral-Eclipse winners.

“Her longevity has been incredible,” added Dettori at Sandown. “I never stop getting excited when I ride her in the morning. She’s very special. I really love her.”

Every winner of the race since Coral’s sponsorship began in 1976:

All you need to know about the Coral-Eclipse