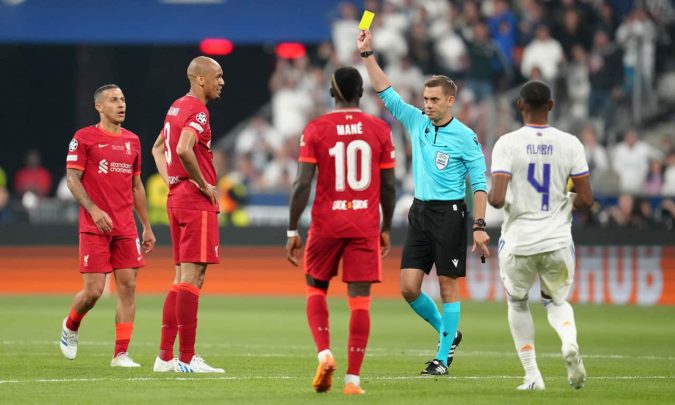 One Coral customer certainly enjoyed the Champions League final as he won £25,000 from the bookmaker’s free-to-play Football Super Series game.

The game asks football fans to predict what will happen in the big match of each weekend with four questions and Simon Palmer from Worcester answered 12 out of 16 correctly across May to finish as the lone winner of the monthly jackpot, one correct answer ahead of the pack.

Simon, a huge Ipswich Town fan, told Coral how he found out at about 11pm on Saturday evening that he had won.

“I knew I was joint top of the table before the last game of the month on Saturday evening, the Champions League final,” he said.

“I got two questions right from the final and thought there was a possibility of me winning but I didn’t know how many others would have got two, three or even four correct.

“I was checking the app regularly after the game finished and the table finally updated at about 11pm and showed me as the sole winner which was an incredible feeling.”

“I am a massive football fan, supporting Ipswich Town. I also coach and manage a local U14 team and have been involved in football as long as I can remember.

With the winnings, the first thing I want to do is enjoy a nice long family holiday abroad. It feels like that has been a long time coming with the Covid issues and cancellations over the last couple of years so we will now all be able to enjoy that this summer.”

The free-to-play game questions centre around goals, goalscorers, cards and corners and Simon unveiled his winning tactics as he said he tends to go for higher numbers rather than lower.

“I do tailor my answers each week to the game, depending on what I think will happen, however I do tend to go higher rather than lower when it comes to things like cards and corners, which always means you’re hoping to see an exciting game!” Simon revealed.

Coral’s final Football Super Series game of the season was played by 89,000 people, with 36,000 people getting at least one question correct and winning a cash prize.

At the end of each month during the season a £25,000 jackpot is split between those with the most correct answers across the month.

Simon’s two correct answers on the final game of the month, and season, left him one ahead of four customers joint in second place on the monthly leaderboard and therefore he scooped the whole jackpot to himself.

The questions from the final Coral Football Super Series game of the season, on the Champions League final, were:

Who will win the match?

When will the first goal be scored?

How many corners will there be?

How many players will be carded?