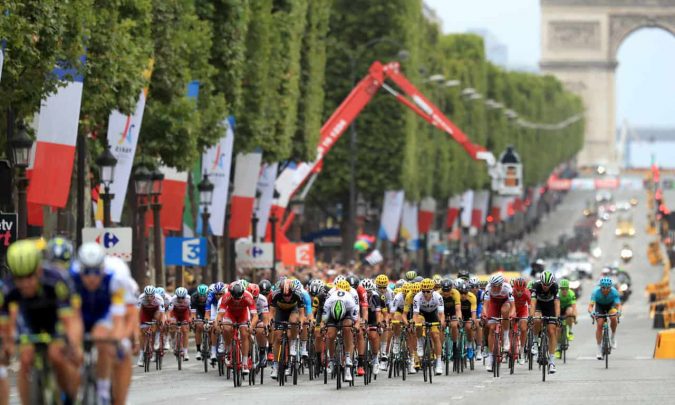 The Tour de France is set to be the ‘Pog and Rog show’ once again as Primoz Roglic seeks to deny fellow Slovenian Tadej Pogacar a third consecutive title.

Pogacar may only be 23 but, given how easy he makes everything look, the UAE Team Emirates rider enters the race as the obvious choice for Tour de France betting tips.

Roglic will not be the only challenger though as the Ineos Grenadiers look to regain a title they once made their own and new pretenders arrive on the scene.

We have already analysed where the race could be won or lost but now we take a look at five contenders for the yellow jersey and their Tour de France odds.

The short opening time-trial aside, the first real test for the general classification contenders at this Tour comes on stage eight to La Planche des Belles Filles.

It was on this climb that Pogacar dramatically snatched the Tour away from Roglic in 2020. And since then, it has been hard to think of anyone else winning it.

Still only 23, Pogacar makes everything look so easy, from stage racing at the UAE Tour and Tirreno-Adriatico to one-day classic Strade Bianche, though he did blow a podium finish at the Tour of Flanders. He is once again the man to stop in France.

Expect to see plenty of repeats of that haunting image of Roglic, helmet askew, eyes searching for a finish line that would not come on La Planches des Belles Filles, as a 2020 Tour he had dominated slipped away on that time-trial.

Roglic’s bid for redemption last year was ruined by an early crash, but he comes into the 2022 race looking in better nick than the past two years.

Roglic had made final-day collapses an unfortunate speciality – losing his grip at the death on the Criterium du Dauphine in 2020 and 2021, and Paris-Nice in 2021 as well, but he has won both races this year – results which would once have made any rider the stand-out favourite for yellow. If things once again go wrong for Roglic, Jumbo-Visma have an outstanding back-up plan.

After Roglic withdrew ahead of stage nine last year, Tour debutant Vingegaard was given his freedom to attack the race and turned that into a second-placed finish.

That has led to the team giving him more leadership opportunities this year, and he was second to Pogacar at Tirreno-Adriatico. Key to his performance in last year’s Tour were two strong time-trials, so that 41km test on the penultimate day is an opportunity rather than a hurdle.

He should start the race as a protected rider within the Jumbo-Visma squad, ready to step up if Roglic’s luck again deserts him.

The devastating training accident which left 2019 Tour winner Egan Bernal in intensive care at the start of the year ripped up the Ineos Grenadiers’ plans.

They go into the race they dominated for the best part of a decade without a stand-out general classification hope but three options in Martinez, 2018 champion Geraint Thomas and Adam Yates.

Martinez made his name as Bernal’s super-domestique in last year’s Giro d’Italia, the sight of him urging on his fading compatriot on the slopes of the Sega di Ala one of the defining images of Bernal’s eventual victory.

This year he has been rewarded with leadership roles, and after third-placed finishes at the Volta ao Algarve and Paris-Nice he claimed the win in the Tour of the Basque Country.

Ineos will try to use their strength in numbers and considerable experience, but it is the youngest of their potential contenders who looks the most likely.

💛 Anything planned in July?

Bora-Hansgrohe’s shift in focus since the departure of Peter Sagan in the winter has brought swift rewards, none greater than Jai Hindley’s victory in the Giro d’Italia. Now it is the turn of Vlasov to target the Tour.

The 26-year-old, who has never previously ridden the race, has victories in the Volta a Comunitat Valenciana and the Tour de Romandie and is an intriguing outsider for punters looking for a value alternative in Tour de France betting tips.