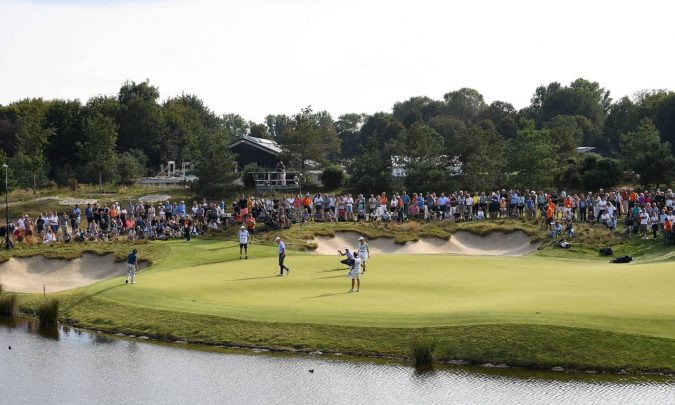 It’s two down, two to go for the majors this year after Justin Thomas landed the US PGA but there is plenty of golf to be played before attention turns to Brookline next month so here are our Dutch Open betting tips.

The tournament website says “a day at Bernardus Golf gives you an ultimate feeling of peace and relaxation” but try telling that to the players as they navigate their way round the gorse and dunes while trying to keep their balls dry and finish top of the leaderboard.

The Cromvoirt venue plays host for the second time with the tournament taking place from May 26-29. Here are the players we will be keeping a close eye on.

There was disappointment for New Zealander Fox on his last visit to the Low Countries, across the border in Belgium earlier this month. He led the Soudal Open by three shots midway through the final round but lost out to Sam Horsfield.

It would have been a second win of the year if he had got the job done after claiming the Ras al Khaimah Classic. Since that success back in February his not-too-shabby record reads T15, T9, T8, T2 and, most recently, 54th at the US PGA at Southern Hills, where he followed three level-par rounds with a closing 77.

Like Fox, Pieters has a W next to his name in 2022 after finishing top of the pile at the Abu Dhabi HSBC Championship in January. But apart from a top-10 as a home favourite at the Soudal, there hasn’t been much to celebrate since for the Belgian, who won this event in 2015. He missed the cut at The Masters and The Players and could only manage a tie for 71st in the year’s second major last weekend. But it was not too long ago he told the DP World Tour Player Blog that he is happy with where his game is right now.

It is hard to imagine that the man who took four points from five at the 2016 Ryder Cup and has seven professional wins under his belt won’t come good sooner rather than later.

Austrian Wiesberger fared better than Pieters at Southern Hills, tying for 30th place and his best finish in a major since a share of 24th at the 2018 Masters.

He failed to make it to Augusta National this year and needs to climb from his current position of 87th in the world rankings to achieve his short-term aim of stamping his ticket to next month’s US Open at Brookline.

His form at the US PGA and tie for eighth at the Catalunya Championship at the start of May will give him hope and he tees it up in Holland at the head of the Dutch Open betting.

The Swede returns to Bernardus Golf as defending champion after an emotional victory last year brought an end to his long wait for a second tournament win.

“Six years of hell” was how he described the gap between the 2015 BMW Masters and his Dutch Open triumph.

Broberg, who had a torrid time with injuries over the past few years, was in cruise control, eight shots clear, after a third-round 61 but ended up holding on for a much slender victory before the tears flowed.

There’s been little to write home about in 2022 but he’s back on a happy hunting ground and is a big price for inclusion in Dutch Open betting tips.

The Englishman shared the course record for a short time last year after a 64 in round two before eventual winner Broberg smashed it with his Saturday sizzler.

Mansell finished joint sixth after a relatively disappointing 72 to close but he’s raring to get back out there and make amends.

Massive thank you to the @DPWorldTour and @DutchOpen2022 for the invite into next week. Game has felt really close last few weeks and didn’t want to miss out on a course and event I loved playing last season. Time for some more fun 💪🏼

He tweeted at the weekend about having “some more fun” here and has been top 30 in his last four outings.

That included an eighth place at the British Masters at The Belfry, where he finished just four shots off Thorbjorn Olesen’s winning score.